She calls Jesus Christ “the Prince of the world”.

“And now I speak to the men of this world. I say to them: from you, men, has to come the strength and the will to lead the world to the sole Prince of this world, the Lord Jesus Christ.”  -  33rd MESSAGE - May 31, 1951
But, “the prince of the world” means “Satan”
in the wording of the Holy Bible.
MUST-READ
CRITICAL STUDY OF THE MESSAGES OF THE LADY OF ALL NATIONS
The Devil as the Prince of this World - Father John A. Hardon, S.J.
＊
From records of exorcism
June 18, 1977

BEELZEBUB: (He sighs) There is a book... it has already been on the market for a number of years. It is called (he moans): “The Lady of All Nations.” We have claimed that it originated from a privileged soul, who, moreover, had suffered much. We mixed many good things into it, in particular about famine, war and catastrophes. The freemasons are not afraid to use the name of the Cross in order to harm the rest of the people. The Great Lady up there has never said that it was now necessary to accept the novelties, that it was necessary to go along with one's times, that Heaven wanted things so...
The book comes from Amsterdam: read it right through once. The little picture that goes with it is displayed in many churches. On it these words appear: “Send now your Spirit etc...” and, at the end: “Deign, O lady of all Nations, who was formerly Mary, to be our Advocate”. This last sentence should give food for thought. “Who was formerly...” She is not that any more? We, together with the freemasons, turned that phrase. It was a great success for us. They have copied details in certain lives of the saints, thinking it necessary to finish it off with something analogous. But, at the same time, they have always laid stress on the Church that must draw nearer to Modernism. We have even succeeded in getting it published with an imprimatur. (He laughs) Ha! Ha! We have really “finished it off” with that!
Besides, nearly always in the book, it speaks of “The Lady”, not “The Mother of God, or any other similar title. And on the picture: “Was formerly Mary”. Ha! Ha! “Was formerly”, for the Church which no longer believes in Her.
For many, she was that once - for those who question her virginity, and do not want... there to be a Hell. We often mimic what you do for your Church. Often, too, we mimic the privileged souls. With our wise heads, we are successful in many things.
http://www.tldm.org/News4/WarningsFromBeyond.2of3.htm#_Toc533070420
Making light of the records of exorcism is approximately equal with making light of the power which priests (exorcists) receive from God.
You must read also Anneliese Michel.
＊ 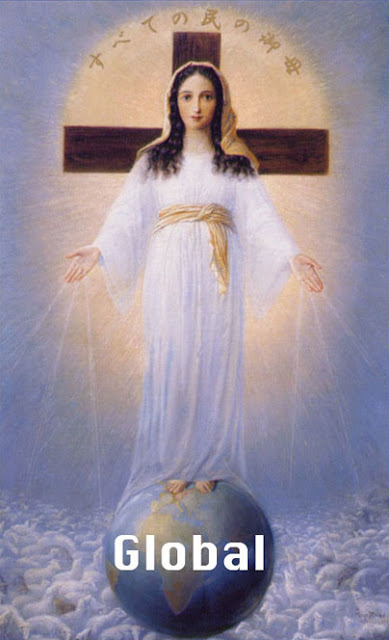 She is a goddess of Religious Globalism.
She is not the Blessed Virgin Mary at all.
She is a wolf in sheep's clothing.
Don't be deceived.
＊ 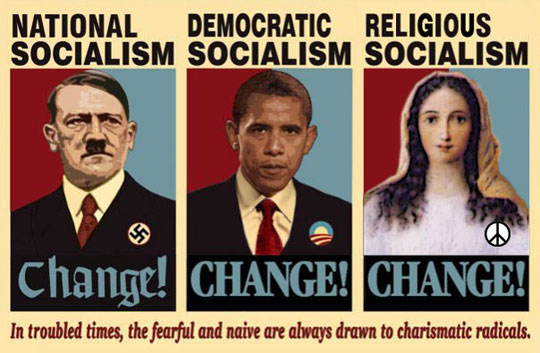 This picture is partly joke and partly truth.
But, anyway, it's a fact that she encouraged “Change” very eagerly.
“A lot, however, has to be changed in the Church. The formation of priests will have to be changed: a more modern formation, suited to the times, yet good, in the good spirit. (…) Very much has to be changed in the formation.”
4th MESSAGE - August 29, 1945
“A better formation, keeping pace with the times, more up-to-date, more social.”
5th MESSAGE - October 7, 1945
“But move with the times and insist upon your modern changes concerning religious, priests, seminarians, and so on and so forth. Keep an eye on that. Carry through with it to the smallest detail!”
27th MESSAGE - February 11, 1951
She only encouraged “Change”.
She did not give any advance warnings of possible harmful effects from changing.  Truly, she said nothing about that.
Therefore, she cannot be the Blessed Virgin Mary.  Obviously.
One of the harmful effects.   - Liturgical Abuses - 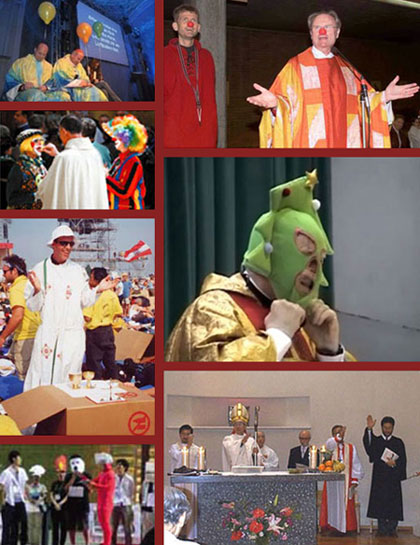 ＊
There is no conclusion except this. 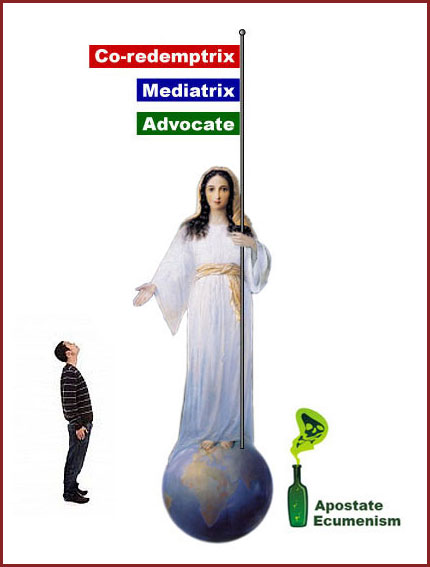 Do you know that the devil is a master of psychological warfare?
Your eyes are being led (misled, deceived).
I did not say about other Marian apparitions.
I believe in Lourdes, Fatima, La Salette and some other apparitions.
I said only about the Lady of All Nations, here.
Please be cautious.  Please reconsider.
＊ ＊ ＊
By the way, what's this?
A prayer card 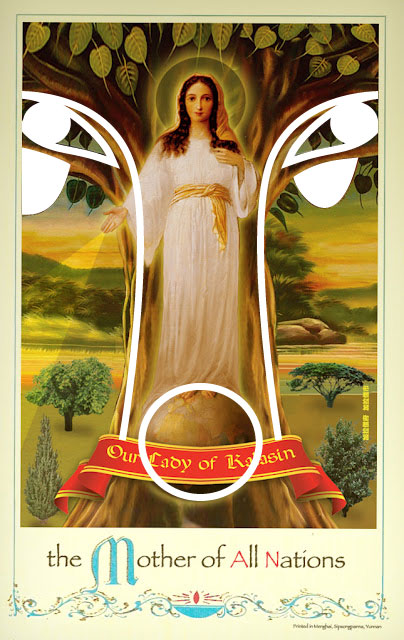 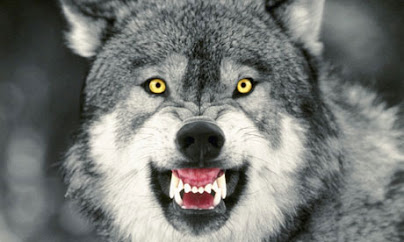 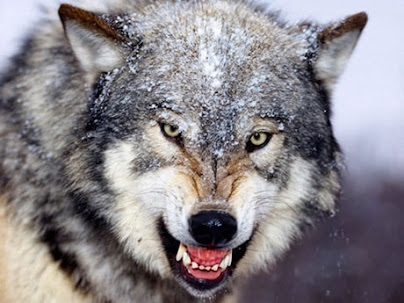 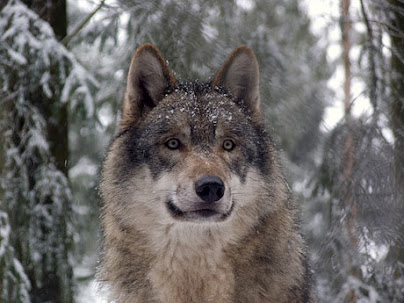 It appears like this to my eyes.
This prayer card might not have been made by Catholics.
However, I think, birds of a feather flock together.
次の投稿 前の投稿 ホーム 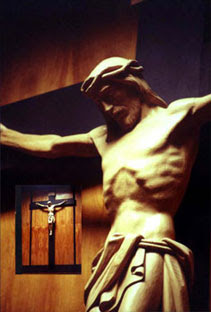 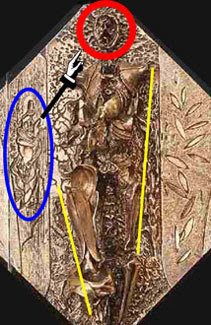 しかし、こういうのも、あくまで教会の中に吹き込んだ「煙」であって、教会の本質ではない。参照
But, this is the "smoke of Satan", not the true nature of the Church.
サイト内検索 (Site Search)